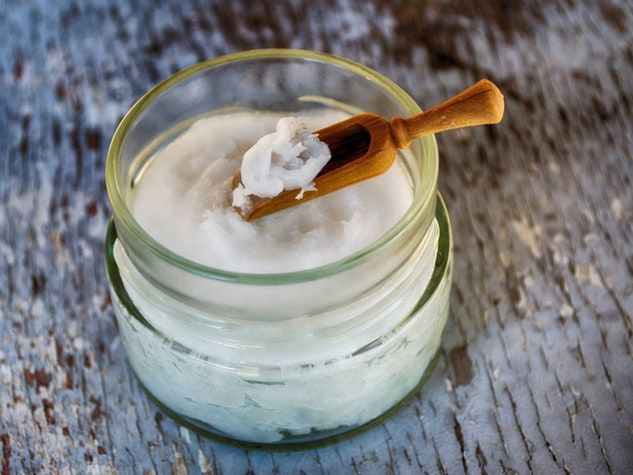 Is MCT Oil Beneficial for the Brain and for Weight Loss?

MCT oil, which can be found in supplements, coconut oil and butter, among others, has been popular for many years for its alleged effects on weight loss. Recently, it is regaining popularity, especially among supporters of the ketogenic diet. One trend is Bullet Proof coffee, which consists of adding butter and MCT oil to your morning coffee to lose weight, increase energy levels and improve brain function. But is it really effective? Let’s look into it!

What is MCT oil?

MCT oil is so named for being composed of Medium Chain Triglycerides which are saturated fats. Medium chain triglycerides are naturally found in butter, palm oil and coconut oil, which contain about 10%, 50% and 60% respectively. MCT oil can also be found in the form of dietary supplements. MCT fats are useful for people who suffer from malabsorption and are used for medical purposes, since they are metabolized more easily by the body as compared to other fats.

Since MCT fats have a shorter chain (they contain fewer carbon atoms), they are broken-down and absorbed faster than long chain fatty acids. Therefore, they provide energy faster compared to long chain fatty acids which are mostly stored by the body after being absorbed. This is why MCT oil consumption can increase the body’s ability to use fat. However, this increase seems to be only temporary. After a few weeks, the body seems to adapt and starts burning MCT oil in the same way as other fats. Some clinical studies that evaluated the effects of a MCT-rich diet on weight loss found beneficial effects, but overall the results were modest. According to two meta-analyzes carried out on the subject, there is not enough scientific evidence to conclude that consumption of MCT oil is effective for weight loss.

Is MCT oil good for the brain?

There is even less scientific evidence regarding the effects of MCT oil on the brain. The idea that MCT oil can be beneficial for the brain comes from the fact that its consumption produces ketones which are an alternative source of energy for the brain than carbohydrates. However, no studies have evaluated the effects of MCT oil consumption on cognitive function in healthy people. Emerging studies suggest that consumption of MCT oil and a ketogenic diet (high in fat and low in carbohydrates), by producing ketones, could potentially help prevent cognitive decline in people with Alzheimer’s and Parkinson’s. For example, in a clinical study, MCT oil consumption improved learning, memory, and information processing in subjects with Alzheimer’s Disease carrying a specific gene (APOE4). However, current scientific evidence is not sufficient to recommend MCT oil consumption or the ketogenic diet to prevent brain decline. In addition, the adoption of a ketogenic diet in the elderly can lead to a decrease in appetite and a low nutrient intake, thus increasing the risk of malnutrition.

Bullet Proof coffee, is it a good choice?

The Bullet Proof coffee trend involves consuming only coffee for breakfast to which butter and MCT oil are added in order to cut hunger, promote weight loss, increase one’s energy level and improve brain function. However, scientific evidence does not support the effectiveness of this practice and indicates that it may even be harmful. Its appetite suppressant effect can help reduce caloric intake and promote weight loss in some, but at the same time it makes you miss a nutritious breakfast that could be rich in protein, vitamins, minerals and fibers. Adding several spoonfuls of fat to your coffee may also have the opposite effect and help you gain weight, considering that a tablespoon of oil or butter contains about 130 calories. In addition, since butter and MCT oils are high in saturated fats, their consumption in large amounts can contribute to increasing bad LDL cholesterol levels in some people who are genetically susceptible to the damaging effects of saturated fat on the cardiovascular profile. It has also been observed that such a breakfast can cause gastrointestinal symptoms such as nausea, a stomach ache and diarrhea. In short, if you want to consume high-fat foods for breakfast, it might be better to prioritize foods that are rich in healthy fats and nutrients such as avocados and smoked salmon. 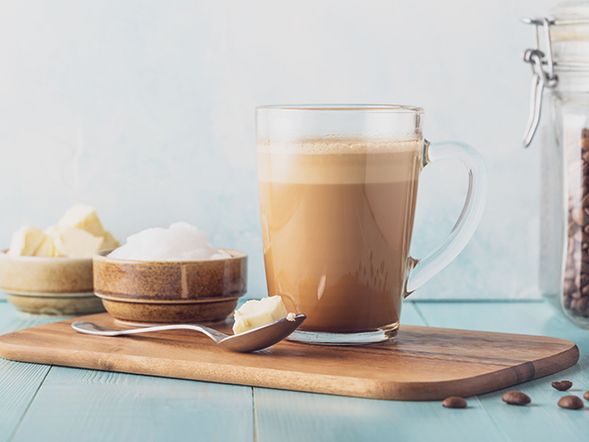 Kathryn completed degrees in kinesiology and nutrition, as well as a Masters in Sports Nutrition. She is a member of OPDQ and of the Academy of Nutrition and Dietetics. She ran track and cross-country at a national level. Kathryn specializes in sports nutrition, weight loss, diabetes, as well as heart and gastrointestinal health. Kathryn is experienced with the low FODMAP diet and she completed the Monash University low FODMAP dietitian’s training.